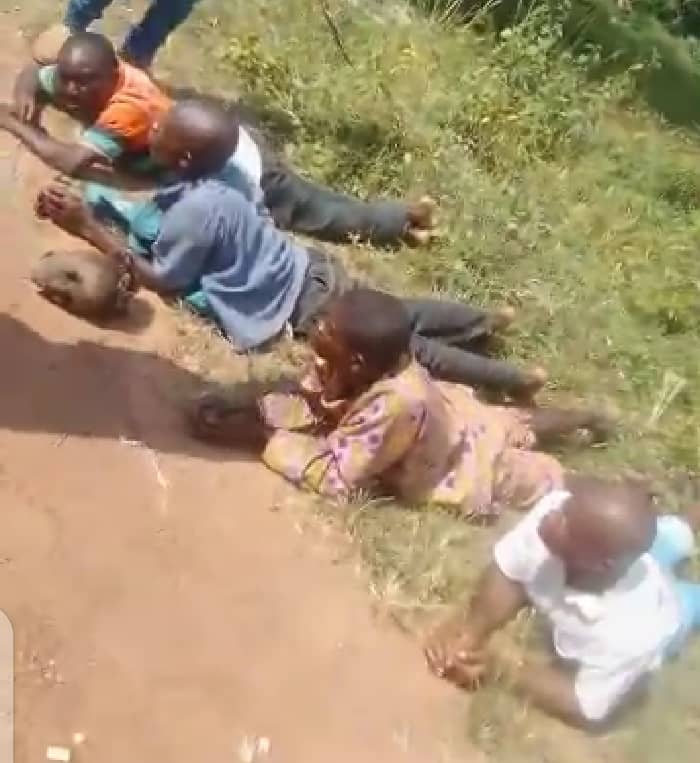 Four members of a syndicate specialised in the vandalisation of graves and a local government official have been arrested and handed over to the police in Ondo State after a human skull was found in their possession.

The arrested members of the syndicate include Ayo Olomofe (45), Adewale Abiodun (40), Akinola Sunday (69) and Oluwadare Idowu (67).

They were apprehended at the Akure South Local Government Area Cemetery along Igbatoro Road in Akure, the state capital, by some residents of the area.

SaharaReporters learnt that one of the suspects allegedly made attempt to disappear from the scene using diabolical powers.

A resident, who asked not to be named, confirmed the arrest of the suspects, noting that they were caught shortly after the driver of a lorry was buried at the cemetery.

He said, “We caught them (the four suspects) on Saturday while trying to exhume the corpse of a young tipper driver that was buried here.

“In fact, they were nabbed after the family of the deceased came back to the cemetery few hours they began their illegal activities at the cemetery.”

Tee-Leo Ikoro, spokesperson for the police in Ondo State, confirmed the arrest of the suspects.

He said the four suspects were nabbed while trying to steal body parts of a newly buried corpse at the cemetery.